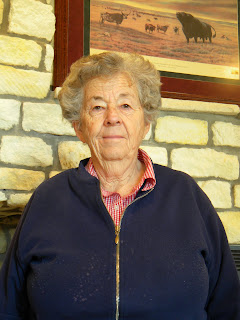 "Take care of the land, and it will take care of you."
.
- Minnie Lou Bradley, owner and operator of Bradley 3 Ranch in the Memphis area north of the Red River, on her general philosophy of cattle ranching. It was recommended that I go visit Mrs. Bradley by Cody Bell of Turkey, so when I was in the area, I looked her up. She spoke to me of her business, which started in 1955, of the ways ranching has changed in modern days, of the Land Stewardship and Environmental Award that the ranch won recently for the Texas-Oklahoma-Arkansas region. Mrs. Bradley was passionate about her work, and it was wonderful to hear her perspective. She was also a gracious host. While speaking of the cattle industry, she gave me a bowl of beans and crackers before sending me on my way.
.
Memphis, Texas
. . .
. . . 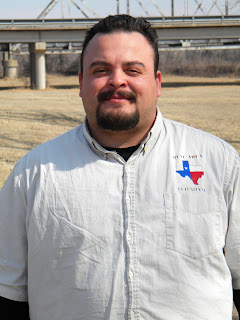 "My rearview mirror wouldn't stay on. My system was awesome."
.
- Reynaldo "Ray" Villalon, a park maintenance worker north of Wellington, on the sound system that he and his family installed in his car. I met Ray at the park after I pulled off the road to use the restroom and clean up. We talked about the weather, his family, and my trip, probably for a good two hours. When Ray spoke about his car, he beamed with pride. He said when he cranked it that the change would bounce out of the ashtray, and on one long trip, the screws on his friend's shades came up, causing the lenses to pop out.
.
Hwy 83 North of Wellington, Texas
. . .
. . . 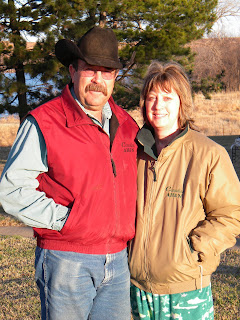 "I've got too much invested in my cars to go walking."
.
- Lonnie Cox, standing next to wife Sue, on his capacity to do what I was doing. I met Sue in the previous morning at the Citadelle, Canadian's art gallery, where she works as a volunteer. In the evening as I was approaching Marvin Lake, a car slowed down, and lo and behold, it was Sue! She invited me to stay the night in she and Lonnie's home, and I accepted, grateful to get out of the wind. Lonnie is a cut-up, and we spent the evening watching "The Marriage Ref." In the morning, Lonnie squeezed in one last joke.
.
Marvin Lake, Texas
. . .
. . . 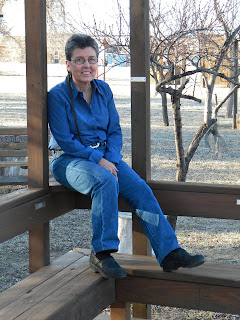 "It's a different kind of dancing. You have to pick up your feet."
.
- Debby Opdyke, owner of Naturally Yours Gallery and Dance Platform, on how to dance on a wooden platform of this kind. Debby explained to me that when settlers were moving out here and building structures, that people would hold impromptu dances on the lumber before the erection of their homes and churches. She tried to recreate the experience with Naturally Yours. For fifteen years, she's held summer dances in Lipscomb, one per month, that extend well into the evening. This is their last year, and if I can get myself to Corpus in a timely manner, I intend to go. June 19th, July 17th, August 21st, September 18th, at around 7pm. Don't forget to pick up your feet.
.
Lipscomb, Texas
. . .
. . . 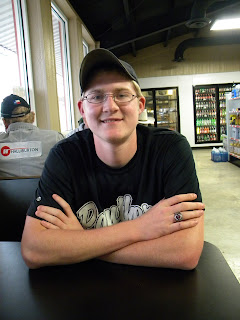 "I'll say, 'Hey, I gotta text somebody. Meet me at 'Service.''"
.
- Landry Caldwell, a Follett Junior, on the difficulties of getting cell phone reception in the area. Landry explained to me that there was a single hill near town whose elevation was such that cell service was good. As befitting, all the students dubbed the hill "Service."
.
Follett, Texas
. . .
. . . "Sasha could get anything, so about a year into my [Peace Corps] service, I said, 'Sasha, I want Dr. Pepper.' And Sasha said, 'No problem.'"
.
- Michael Ladd, a returned Peace Corps Volunteer in both Kyrgyzstan and Ecuador, on his service in the former. As an RPCV myself, I thoroughly enjoyed swapping stories with Mike, which we did for several hours over the course of my two-night visit. In the above story, Mike asked his friend to get him some Dr. Pepper. His friend then contacted his sister in Moscow, Russia who bought said drink and put it on a train south. Sasha met up with the train and brought the Dr. Pepper to Mike in the middle of nowhere. Mike then asked Sasha for an entire statue of Lenin, some of which are still standing around the country. Sasha's still working on that one.
.
Waka, Texas
. . .
. . . 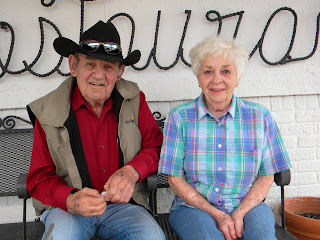 "He's had five bypasses, two congenital heart failures, and one stroke, but he's doing just fine."
.
Phyllis Atwood, owner of El Vaquero in Gruver, on her husband Harvey. Phyllis was warned that I was coming by the above Michael Ladd. She stopped in front of me on my way into town and introduced herself. I made it to her restaurant and had a plate of good homecooked food. While I was eating, she entertained all her clients by sitting down and swapping stories, and when Harvey came by after the lunch rush, she sat next to him as he ate. Sweet as pudding, she made me feel right at home.
.
Gruver, Texas
. . .
. . . 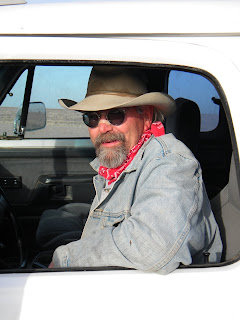 "You're in the middle of freakin' nowhere is where you're at."
.
- Walter M., panhandle rancher, on my exact position in the world. While I was hiking north toward Texhoma, Walter had to stop and meet the lone walker trudging through his heartland. About the only hippie rancher around, Walter sounded like 'The Dude' out of Big Lebowski. He said that I could reach either Canada or the west coast from where we where before I could reach Brownsville. Google maps disagrees, but I will say this: we were in the middle of freakin' nowhere.
.
FM 1262 southeast of Texhoma, Texas
. . .
. . .
Posted by Smatt at 10:02 AM

I love these faces of Texas. The start of a book I'm excited to buy. Thanks for the posts and the vicarious thrill. Keep walking man.