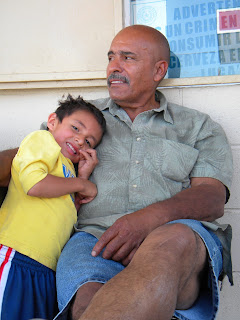 "After the Beatles, everything changed. And the war."
.
- Lorenzo, pictured with his grandson, on life in the United States in the 60s. I met Lorenzo in Clint, and while his grandson played in the parking lot, we chatted. He recalled the sort of cultural revolution that occurred in the states, led, he believed, by the popular music quartet. Later, Lorenzo was drafted, like many others, and did a tour in Vietnam. When he came back, he recalled the looks that people gave him in uniform, like he was a baby-killer, scum of the earth, and he shriveled inside. Lorenzo got quiet for a moment, remembering those stares of hatred, shaking his head. The memories still burned.
.
Clint, Texas
. . .
. . . 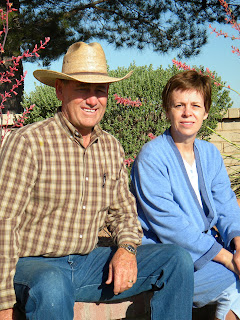 "Does the border look secure to you?"
.
- Mary Miller, seated next to husband Craige, on the security of the region. The couple gave me a night's stay at their place in Fort Hancock, and we talked for an hour before going to bed. A huge hole in the border used to exist directly behind their land, a mere stone's throw away. Illegal migrants used to cross right by their home at all times of the day. They would call the border patrol who often came too late to apprehend the crossers, long gone in a vehicle.
.
A fence has since been erected south of Fort Hancock, but it is not continuous. A gaping hole now exists several miles to the west, forcing the same problems on those closest to the gap.
.
Fort Hancock, Texas
. . .
. . . 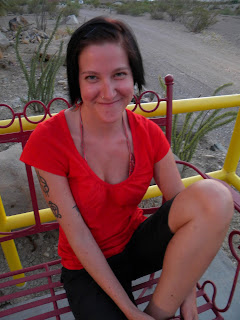 "I couldn't destroy something beautiful to accommodate mediocrity."
.
- Former teacher Carmen Ganser on her teaching curriculum. A six-year LA veteran, Carmen developed a multi-media course to engage an apathetic classroom. When new requirements adopted by the district became mandatory, she elected to get out. It was too much to redesign her class, to throw out everything she had worked years to create. She went on what she calls "a working vacation," joined her father in Terlingua, and though he went back north for the summer, has lived in Terlingua ever since.
.
Terlingua, Texas
. . .
. . . 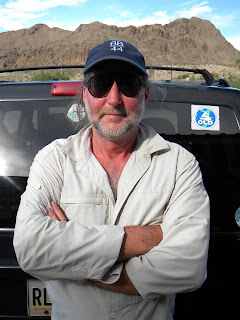 "Life. Ain't it beautiful?"
.
- Jean, an Appalachian Trail thru-hiker, on our serendipitous encounter. I was sitting at the Study Butte grocery store, waiting for the heat to die down before going into Big Bend National Park, when Jean pulled up. I wouldn't have seen the Appalachian Trail decals on the back his vehicle, but he parked backwards and went in. When he came out, I asked him if he had hiked or worked on the A.T. He said one word: "Ballpahk." I stood up, mouth gaping.
.
I met Jean in 2003 when he gave me a ride to Trail Days, an Appalachian Trail festival for hikers. He had hiked the A.T. in 2002 under the trailname "Ballpahk" (he's a baseball fan from Boston, MA). Jean later picked me up in Maine and treated me to a meal and conversation.
.
After he said his trailname, I said mine: "Rubberband Man." Smiles all around. We gave each other a big hug and caught up on our lives.
.
Study Butte, Texas
. . .
. . . 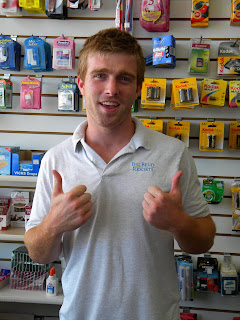 "I didn't urinate for three days."
.
- Brennan Black, a Big Bend seasonal employee, on the aftermath of his first case of heat exhaustion. Brennan, who is approaching his last semester of college at Ohio State University, wanted a break from all the people, so he opted to live and work in Big Bend National Park, one of the most remote places in the lower forty-eight.
.
A serious runner, he never ran with more than a liter back in Ohio, one of the coldest, snowiest places in the USA. After moving to West Texas, he hadn't considered changing the practice and took off for an 8-mile run with his usual liter. The run went by without a hitch, but shortly after getting into his car and driving off, he started halucinating and shaking. Brennan saw the world change shape, spoke with friends and family that he knew weren't there, and started losing muscle control in his arms and hands. He pulled over to the side of the road, tried to take in more liquids, vomited, then ripped out an emergency IV (he had previously received EMT training), and hooked himself up (he missed his artery the first two times because of the shaking and involuntary muscle movements). For the next eight hours, he would stay in his car by the side of the road, waiting for the symptoms to subside.
.
As you can see, Brennan's made a full recovery.
.
Pather Junction, Big Bend National Park, Texas
. . .
. . .
Posted by Smatt at 1:53 PM

Great faces, great stories! Love the serendipity of ballpahk, and the hi's and low's of the 3 other stories. These vignettes are fully packed!